THE SEVEN COMMANDMENTS OF SUCCESSFUL PARTYING
AKA
THE PARTY MANIFESTO

Partying is misunderestimated by 99% of the populace.
Accordingly, it is rarely done properly and has never garnered the respect it deserves.

Partying is: “forgetting who you are while remembering what you are”.

It is the complete loss of the social conditioning that makes adult life monotonous and depressing and has the power to be a transformational spiritual experience.

Here’s how you do it.

1. CLOTHING:
Partying is all about letting go of your inhibitions. Kickstart the process by throwing on a ridiculous costume. If the Party has a theme, go to the extreme. Lead the charge and maximize the fun for everyone. Do not attempt to Party in normal clothing or look cool, because nothing is cool except having fun and feeling good and sharing that with others.

2. PROPS:
In order to take the Party to the next level, you must drag out the trampolines, pogo sticks, rollerblades, hula hoops, jump ropes, beach balls, shake weights, musical instruments and etc. Anything you can hoist, bounce off, or roll on. And share them all night long.

3. MUSIC:
Next-level Partying requires the infectious, high-energy stuff that will force everyone to sing and dance. Booty Bass, Eurodance, Party Metal, Jock Jams and Choice Hard Rock.  The songs people know and love. And it must also be as loud as possible. A Party is no place for conversation.

4. DANCING:
You might think dancing is hard and requires practice. Not so. Just stop thinking, let go and allow the music to be your master. You will instantly be having fun and feeling good and others will be impressed and inspired to dance also.

The one secret to dancing is just bend your knees, one leg at a time.  Try it.  Right now.

5. BEHAVIOR:
As children, we constantly climb on, jump off, and explore everything. We want to run, scream, sing, dance, and play as hard as our bodies will allow.

We are fearlessly responding to nature’s Divine Programming, which western society works very hard to subvert and destroy by incessantly training us to sit still and be quiet and follow the rules and dress and act identically so that we can join the labor force and reproduce another batch who will do the same.

It destroys our natural fun-seeking, creative impulses and is the reason so many are depressed and afraid to sing or dance or deviate from the norm. Overcoming this conditioning is a formidable challenge. Partying can get us there.

6. LOCATION / ATMOSPHERE:
Dark locations lower everyone’s inhibitions and are ideal, although sunglasses can be a viable alternative. Party lights and fog machines are also necessary. The atmosphere must be as crazy and high-energy as possible.

That’s why it is better to Party outdoors DDP style. You cannot Party indoors and do it right without wrecking your house. And Partying in a club means you have to be of age and spend a ton of money and the atmosphere is controlled and there’s a curfew and you can’t bring props in there.

Once outdoors, the Party is liberated from these restrictions and can be shared with an unlimited number of new friends and everyone is free to get as wild as possible.

7. ALCOHOL:
People drink a lot at most Parties because most Parties are boring and drinking is therefore necessary to loosen up and have fun. This is due to poor music, dull clothing, lack of props and lame atmosphere; all of which inhibit singing and dancing and living free.

But if the Party is really good, the atmosphere alone will inspire people to lose their inhibitions and freak out and drive the energy to ridiculous heights and make it an incredible experience for everyone. Creating a Party like that is very hard to do, but it should be the goal every time. This is “Capital-P” Partying.

CONCLUSION:
We’ve now thrown nearly 100 insane Parties across North America and Europe and the participants often numbered in the thousands. There was generally a small police presence keeping an eye on things, but no drinking tickets, fights or any other problems one would expect from such large, wild crowds.

This is because the prime objective at a DDP is celebrating life, enjoying music, and connecting with complete strangers on a deep and fundamental level- not getting drunk and being an idiot. Partying by elevating consciousness, rather than destroying it.

Much more than a Party, the DDP has also been a very interesting social experiment; clearly demonstrating that by following the above guidelines, it’s possible to unite thousands of people of all ages, cultures and social groups in order to peacefully celebrate our Common Humanity.

That is why the DDP is also known as “The Party Revolution”. It is a unique force that has the power to overcome negative conditioning and unify and inspire earth’s inhabitants in ways never before imagined.

Accordingly, we plan to take the DDP to Every Single Country On The Face Of The Earth and inspire as many people as possible to create their own DDPs to ensure that this becomes an enduring global movement that touches as many lives as possible.

It will all climax in Transnistria, where we will host a Simultaneous Global Dance Party, transmitted to everyone in the world at the same time. It will be fun. You are invited. 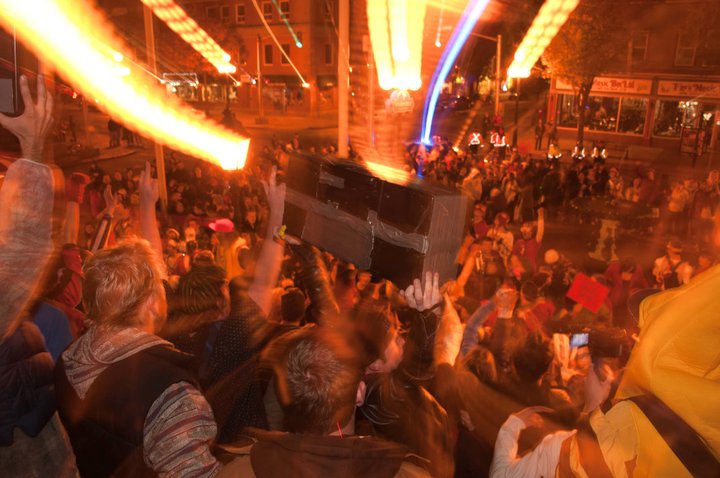 85 Responses to THE PARTY MANIFESTO